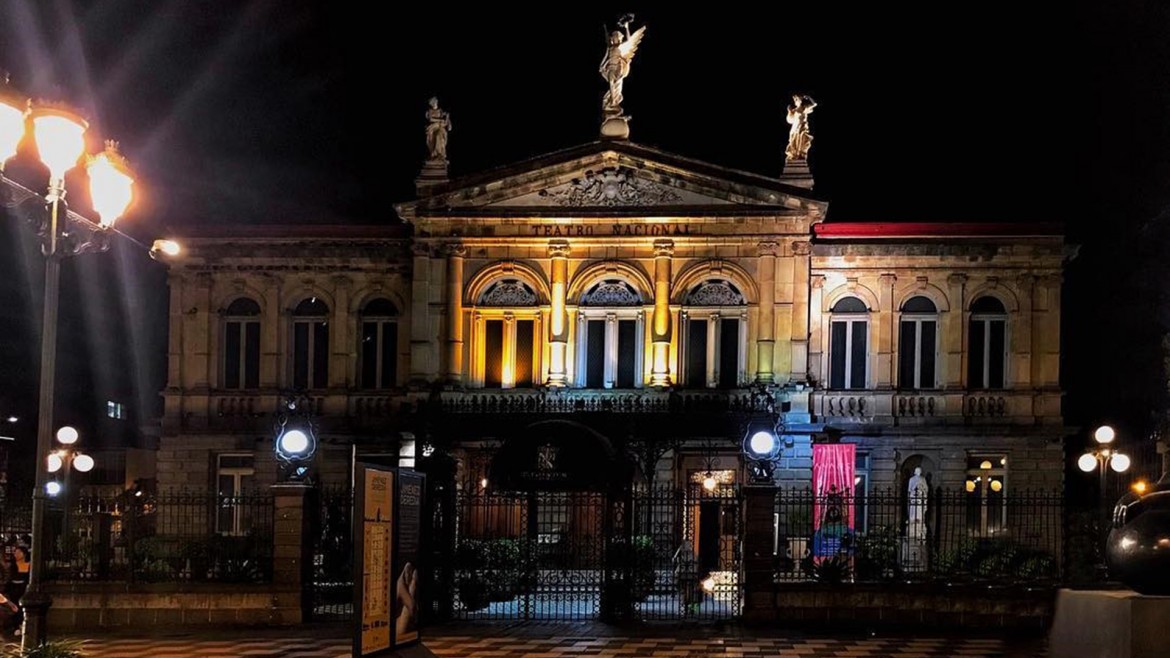 Religious, cultural and governmental buildings still stand as beauty landmarks throughout the capital. The diversification of architecture in Costa Rica ranges from the Spanish heritage itself to the European heritage in general. One can only marvel at the remarkable works of neo-Gothic and ecclesiastical style. This beautiful country is embroidered with worthy examples of architecture in which the neo-classical, Byzantine influences are present and the neo-Mohammedan is just one of the many architectural themes found throughout the country.

Opened on October 19, 1897, the heritage of the National Theater is a drama within itself. The impetus for its construction came from a large group of merchants and coffee growers, who asked the government to build a National Theater that reflected the image and pride of the country.

This marvel of architecture is located in San José, the capital of Costa Rica. It is mixed with the Morazan Park that is next to the Metallic Building, tending a bridge to the contrast between nature and the wonderful creations of man.

Today, a walk through the capital will show you the great influence of the stylistic currents that come from the Bauhaus and Le Corbusier. It is really worthwhile for the traveler to capture the nature of the architecture present in the Costa Rican country since it is something that Costa Rica has to offer the world.