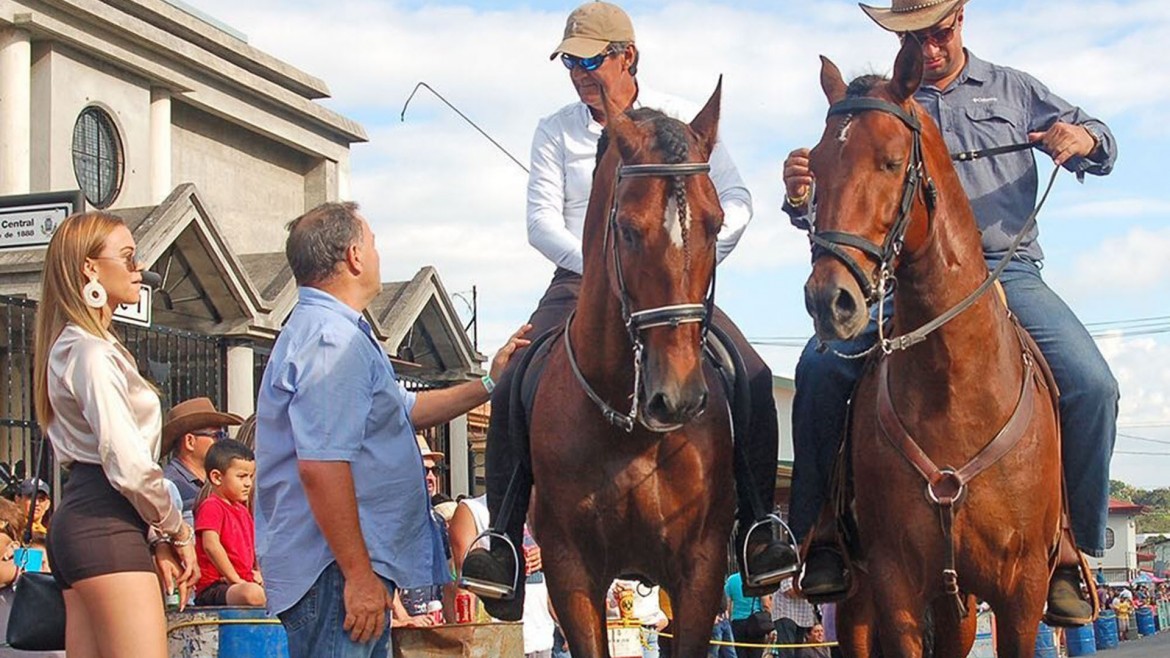 On Thursday January 16, 2020, the celebrations and parties begin in Palmares, Alajuela. For 34 years now, it has been an annual 12 day tradition to gather thousands of people from all over the country and even from other parts of the world, to rejoice and commemorate the beginning of a new year. The days and nights are loaded with cultural, sporting and gastronomic events for the entire family.

On Wednesday, January 15, the inauguration of the festivities take off with the lighting of the fairgrounds which is preceded by a lantern parade, or better known here as a desfile de faroles. By noon on Thursday, horsemen get lined up with their best costumes and their finest horses to participate in the grand Tope, the Tope de Palmares; an exhibition with national and international participants that rewards the best rider and their horse. Friday is carnival day! On this day, national artists, municipal bands, comparsas (group of people that dance and sing during carnivals) and dance groups, gather to fill the streets with joyful tunes and vibrant energy. However, the music doesn’t stop here. If you like singing, be sure to stick around until Saturday night for the Festival Ranchero. The festival pays tribute to a famous singer every year and the best ranchero singer is rewarded. On Sunday, come over and continue partying with Imperial. They set up a stand with food, drinks and organize the International Imperial Concert with recognized performers.

But don’t worry, because it’s much more than just music. Traditional Costa Rican no bloodshed bullfights are held almost every day, on Saturday there’s a riding festival and every night culminates with the popular event Toros a la Tica where runners show off their skills and try to dodge the bulls. There is stand up comedy shows, mechanical games and even sporting activities such as cycling, races, crossfit competitions, weightlifting and mixed martial arts.

All of these activities are topped off with the most delicious carnival foods. You’ll find churros, caramelized apples and cotton candy. If you want something even more traditional make sure to get some gallos, which are tortillas with either cheese, potatoes, chorizo, or meat, as well as the tamales, arroz con pollo (rice with chicken), amongst others. The celebrations culminate on Monday January 27 with a night of more Toros a la Tica and a splendid firework show to end it all. Whether you are alone or with your family, come and have fun in the yearly Fiestas de Palmares!