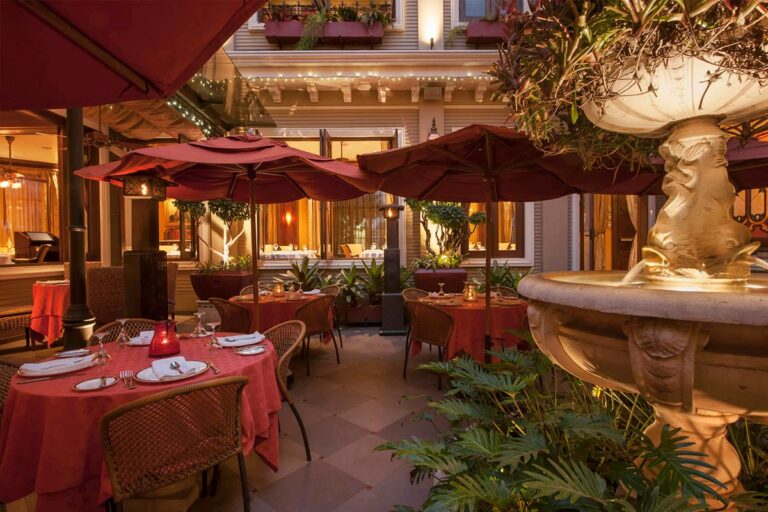 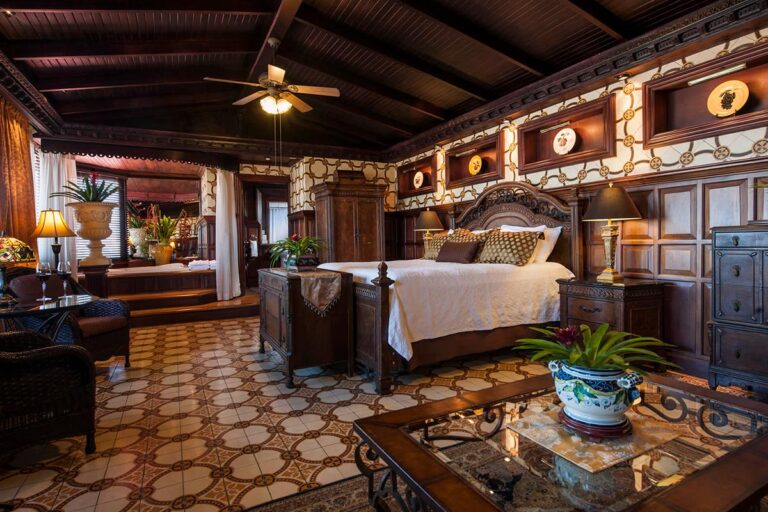 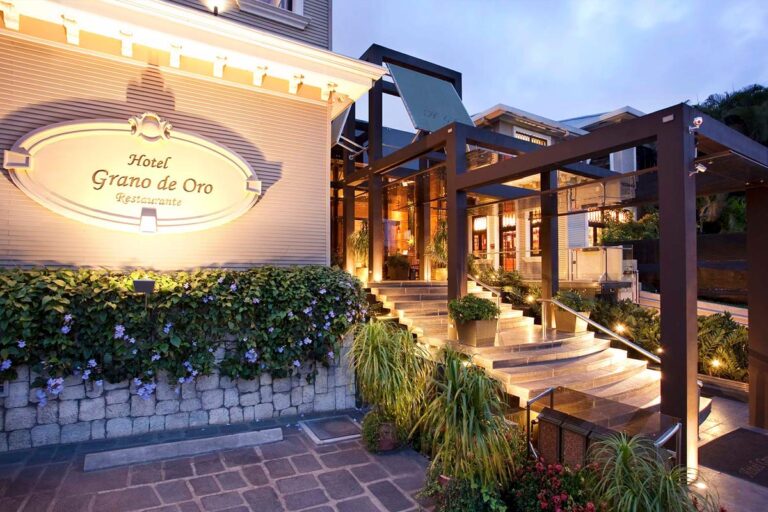 In Costa Rica, the term “Grano de Oro” is used to refer to the coffee bean, their “Grain of Gold”. The founders of this boutique hotel fell in love with the idea that such a small fruit could be so valuable.
The Hotel Grano de Oro opened its doors in December of 1991, with 21 guest rooms, a gift shop, and a modest café. Quickly gaining recognition from local and international agencies for its unique personality and great service, the hotel became a landmark within the city.
In December 1994, after acquiring another Pozuelo family home, behind the first, the number of guest rooms was increased to a total of 34 and a Jacuzzi terrace was added. The signature suite, The Vista de Oro was introduced with its spectacular view of the city lights.
The Restaurant also expanded with this renovation and began to take on its own identity with the hiring of a new French Chef.
The restaurant is one of a kind in the city offering an elegant indoor dining room, a beautiful inner courtyard, a handcrafted indoor/outdoor bar, and an award-winning wine cellar.
The Hotel and Restaurante Grano de Oro and its staff continually focus on pleasing its customers and exceeding their expectations. The Hotel Grano de Oro is a member of two groups of boutique hotels: Small Distinctive Hotels of Costa Rica and Cayuga Sustainable Hospitality Collection.

Feel confident and safe on your journey.

Our first priority is always to protect the health and safety of our clients and local teams. As travel resumes, we have implemented a neww set of standards. Learn more about Find my Costa Rica Tours Safe Travel Certified.

Why we recommend this hotel?

Our signature suite, reached by a private staircase, the Vista de Oro lives up to its name commanding a breathtaking view of the Central Valley skyline. The suite reflects the turn-of-the-century style of the original home with handmade tiles, complemented by rich wood paneling. The suite is stylishly furnished with exquisite antiques and a luxurious king-sized bed.

As you enter through the arched doorway of this luxurious suite you are immediately taken back in time. Once the original living room of this converted mansion, it offers a beautiful tropical private garden, spacious seating area, two flat-screen TVs, and a king-sized bed.

A perfect choice for a family or two couples traveling together. This two-room suite with an adjoining shared bath comfortably accommodates up to 5 people. The main room contains one Queen and one Twin bed. The adjoining room has one Queen bed. Each room has its own flat-screen TV.

Our most popular room category, this spacious room offers our luxurious king-size mattresses, fine luxury linens, and all the amenities needed to make your stay comfortable.

These rooms offer two queen beds with fine luxury linens and comfortably accommodate a family of 4 or two couples.

A charming turn of the century guest room with a lush tropical, private patio – perfect for enjoying a cocktail or glass of wine at the end of the day. These rooms offer one queen bed with fine luxury linens as well as all the amenities needed to make your stay comfortable.

Our Superior rooms are slightly larger than the standard rooms, with the same cozy turn-of-the-century feel. Offering one queen bed with fine luxury linens and all the amenities needed to make your stay comfortable.

These rooms offer the experience of staying in a cozy guest bedroom of a turn of the century mansion with the luxuries of a fine hotel. Our standard rooms offer one queen bed with fine luxury linens and all the amenities needed to make your stay comfortable

This is what awaits you during your stay in Costa Rica

All you need to know about
Costa Rica, before your travel.

why travel with find my costa rica?

We have helped scores of travelers take their trip from ordinary to extraordinary. With more than 20 years of experience in Costa Rica we have the best team of experts who the a thoughtful approach to planning each guests trip to elevate our guests Costa Rica experience. Why Find My Costa Rics? Because we want to help you find YOUR Costa Rica! 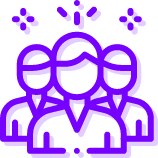 Our Team of Experts

Looking for well-travelled local agents who are based in Costa Rica? Look no further! The minute you connect with one of our local experts you will realize they are determined to provide the highest level of personal service to create an amazing Costa Rican adventure.

We live here! Finding YOUR Costa Rica is where you feel that each experience is created and tailored perfectly for you. With the right help, your Costa Rica trip will be memorable and will be all you dreamed of, and more! 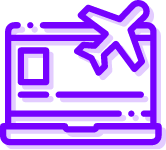 Travel should be fun, and we are here to make it as stress free as possible to plan your Costa Rica trip. To ensure you can feel confident when planning their next adventure. We have relaxed our policies and any of our trips can be booked with just $100.

Costa Rica will no longer require any Covid 19 entry requirements